The History of 125 Edgewood Avenue 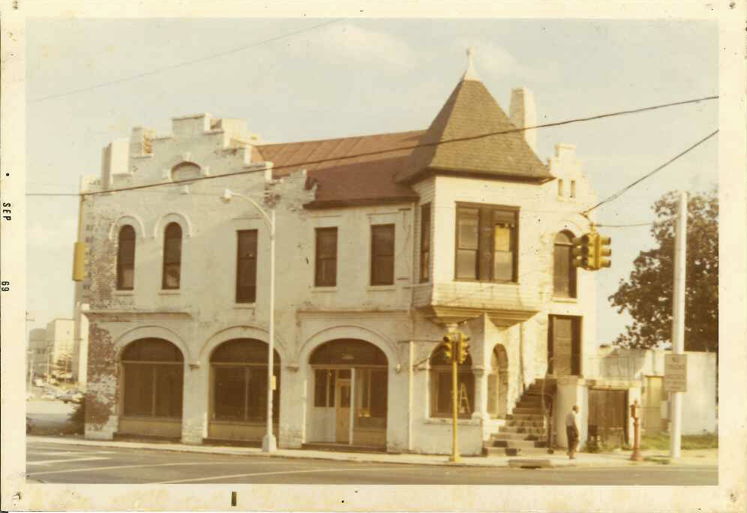 The history of the building dates back to sometime prior to 1892. In 1891 the first electrical trolley line was established between Five Points and Inman Park. This brought about the incorporation into the city of Atlanta of the area in which the BSU Center now stands. City directories since that time show the building to have been used as a produce market, a ladies lingerie shop, a plumbing shop, an arts and craft shop, and from 1953 until 1969, Brown’s T.V. Repair Service. The upstairs portion was after used as a boarding house. During the period of World War II as so many other houses in the area, it was known as a “house of ill repute.” The building’s most prominent claim to fame occurred in the early spring of 1900 when city clerk, W. D. Greene, issued a business license to the Coca-Cola Bottling Company at 125 Edgewood Ave. This was the first home of Coca-Cola Bottling Company.

In 1964 the Atlanta Baptist Association purchased the property on the corner of Edgewood and Courtland known as 125 Edgewood Avenue, S.E. At that time Brown’s T.V. Repair Service had a long term lease on the property. In February of 1969 Mr. Brown, the owner of Brown’s T.V. Repair, died. His executors decided to release the long term lease to the Association. In May of 1969 after thirteen years of constant striving to get an established place for the members of the Baptist Student Union at Georgia State College to meet, Dwight Pearce, then director at Georgia State, convinced the association to turn the building over to the students at Georgia State to be used. The students began at that time to renovate the building. Members of Oakland City Baptist Church including many of their young people donated long hours of labor and much of the needed material. Many other churches such as Jefferson Avenue Baptist have helped with material and labor, also. But we are particularly grateful to Oakland City because without them we wouldn’t have been anywhere near the finish of the center.

On May 3, 1970, after a year of hard work the members of Georgia State University Baptist Student Union met with representatives of the Atlanta Baptist Association and invited guests to dedicate the building. The members, to show their appreciation to Dwight E. Pearce for his fourteen years of dedicated service, named the center the “Dwight E. Pearce Baptist Student Center, Georgia State University.”

Beginning fall quarter of 1970 Dwight retired as director from Georgia State’s BSU to enable him to devote more time to the other four colleges where he was BSU director. Among these colleges are Emory University, Piedmont Hospital School of Nursing, and Agnes Scott College. At this time the Georgia Baptist Convention appointed to the BSU its first official full time director, Rev. Larry R. Grass. Larry with his zeal and dedication has led the BSU this year to a more meaningful organization for the advancement of Christ’s work on the campus of GSU.